Do You Want FAME? 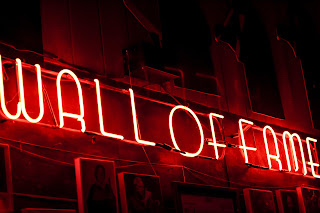 I spent over 30 years of my life working in charity (and still do some).  I was a Youth Worker and one of the founders of a great youth charity in Stroud, Gloucestershire.  As a result of my work, many years ago, the charity’s Patron suggested that he should nominate me for an OBE.  As the Patron was a Lord, I knew that there would be a good chance of success, but I turned him down, saying, “I don’t need that.”

Looking back, I now say that, “I didn’t want that”, you see our minds can change, I now realise that fame can be useful.  Years later, someone else suggested that they nominate me for the same award and I thought to myself, “That would be nice.”  As far as I’m aware, he didn’t do as he said, and I was a little disappointed.  Now, when the new year honours are announced, I think to myself, “That could have been me.”

I used to believe that if we received our thanks on earth then we wouldn’t have any in heaven.  So, what made me change?  Why is it important to be known by many?  Well, as a writer, there is the obvious point, that more people might buy your books, but that shouldn’t be the main reason.

I recently watched a film on Netflix called, ‘Another Beautiful Day in the Neighbourhood’ (starring Tom Hanks).  This is the story of a Presbyterian minister and children’s TV presenter, Fred Rogers.  Mr. Rogers (as the children know him) is interviewed by a journalist, Lloyd Vogel, and Lloyd asks, “What is it like to be famous?” 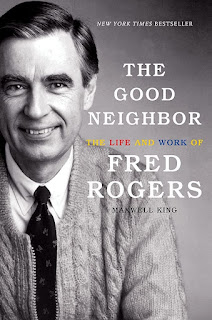 Fred responds with, “Fame is a four-letter word, like face, fast, same, and flat.  It’s not about being famous, it’s what you do with fame that makes a difference.”  The more widely we are known, the bigger the difference that we can make and we call that marketing.  Any author needs a bit of that.

Another point that Fred makes in the film is, he asks Lloyd a question, “What do you think is the most important thing in the world for me right now?” 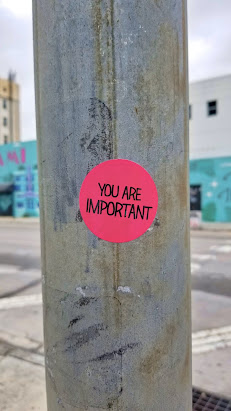 So, do I want to be famous?  I want my books and films and the message contained within to speak into people’s hearts.  I don’t care if they remember my name or not, but I do pray that my words will bring them hope, freedom, and change.  Then it will be another beautiful day in the neighbourhood.

Brendan is a Christian filmmaker, poet, and author of 8 books, including 'The book of PSALMS in Rhyme.'  He lives in Stroud Gloucestershire.  There are 'self-made men' and 'God-made men', Brendan is the latter.  An associate speaker with Christian Vision for Men.  A member of the Association of Christian Writers and Evangelical Alliance.

Popular posts from this blog 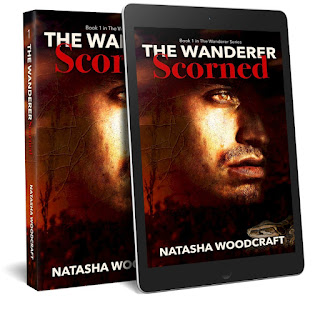 As an author, it is a real honour to be asked to read and review another author's work.  So many authors have helped me on my writing journey, it only feels right to do the same.  This is the first 'Blog Tour' that I have taken part in and this book is a definite MUST READ. In the 70’s I remember watching episodes of the TV detective series, Columbo, starring Peter Falk.  At the start of each episode, a murder took place, then the whole story plot was how Columbo would track down and reveal the killer.  The viewer always knew how the story would end, but the series was a huge success due to incredible storytelling. The debut novel from Natasha Woodcraft, called ‘Wanderer Scorned’ is an adaptation of the story of Cain and Abel from the Bible.  If you aren’t aware, Cain killed his brother, Abel.  So, just like an episode of Columbo, the end is already known and will require a high standard of storytelling, if it is going to grip your attention.  Natasha Woodcraft achieved t
Read more 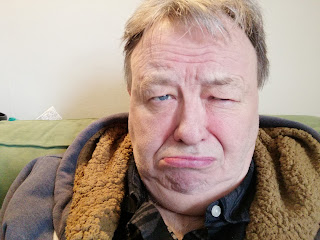 We are all different and cope with disappointment in different ways and if we are honest, we all face disappointment at times in our lives, such as: > The ‘A’ grade student who gains a ‘B’ in their exam may feel that they could have done better and they start to chastise themselves.   >  The author who slaves away over a manuscript, only to face rejection after rejection from publishers. >  The couple who are desperate to have a baby, IVF has failed several times and they have been told that there is no hope. I try not to ever give up, to always have hope and to remain positive, but it only takes one piece of straw to break the camel’s back. I waited for three years on the transplant list for a new kidney.  During that time, I was called four times, only to be stood down and faced extreme disappointment.  Eventually, on my fifth call, the operation went ahead and I was given a kidney from someone that had just died.  I had the joy of that situation, but in the same eve
Read more 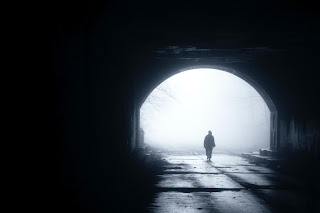 Photo: Chris Buckwald - Unsplash.com Amongst other things, I am an author and a film producer.  I use those skills to communicate a message, a story, or share some information.  You will not be at all surprised to hear then, that I love watching films and that one of my favourite scenes is from, Indiana Jones and the Last Crusade.  Towards the end of the film, Indiana (the hero) has to step off of a cliff edge into a ravine.  He has to take a huge step off faith and following his father’s instruction, that is what he does.  He steps, yet does not fall.  As he changes his perspective, the previously invisible bridge is now seen, stretching out across the perilous ravine. As we all start a new year, for many, we may feel like Indiana Jones as we step out into the unknown.  The last two years of pandemic have brought so much uncertainty for so many and as humans, we need a balance between certainty and uncertainty.  We can all make plans for the year ahead, which helps to establish a leve
Read more
Subscribe via Email